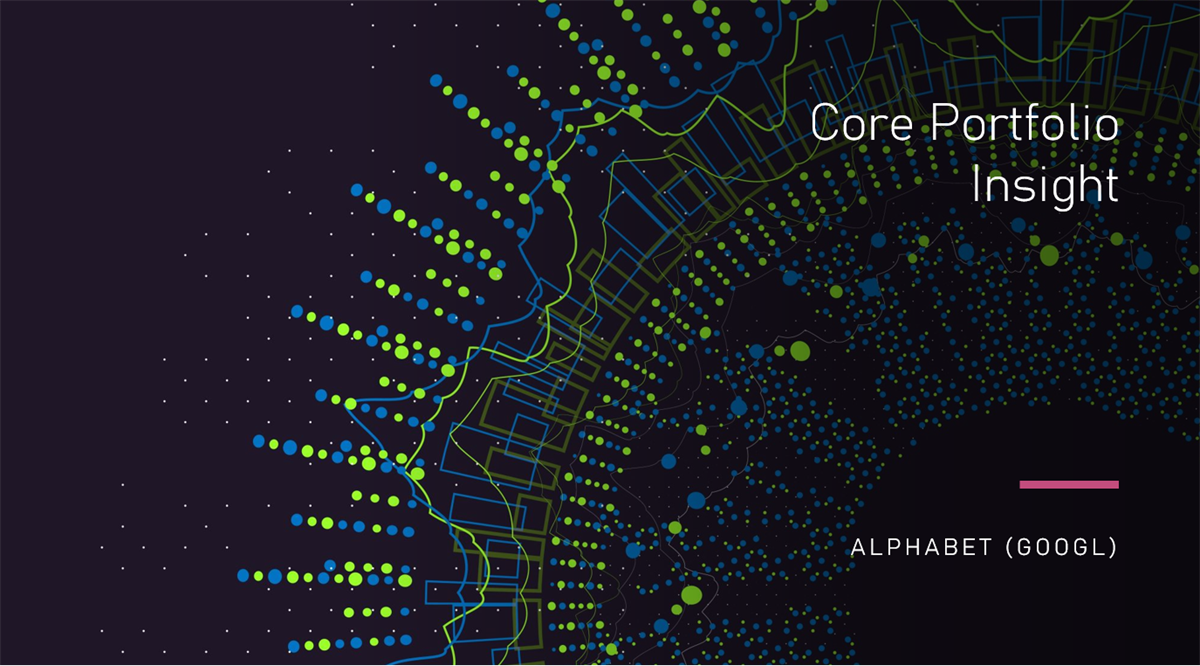 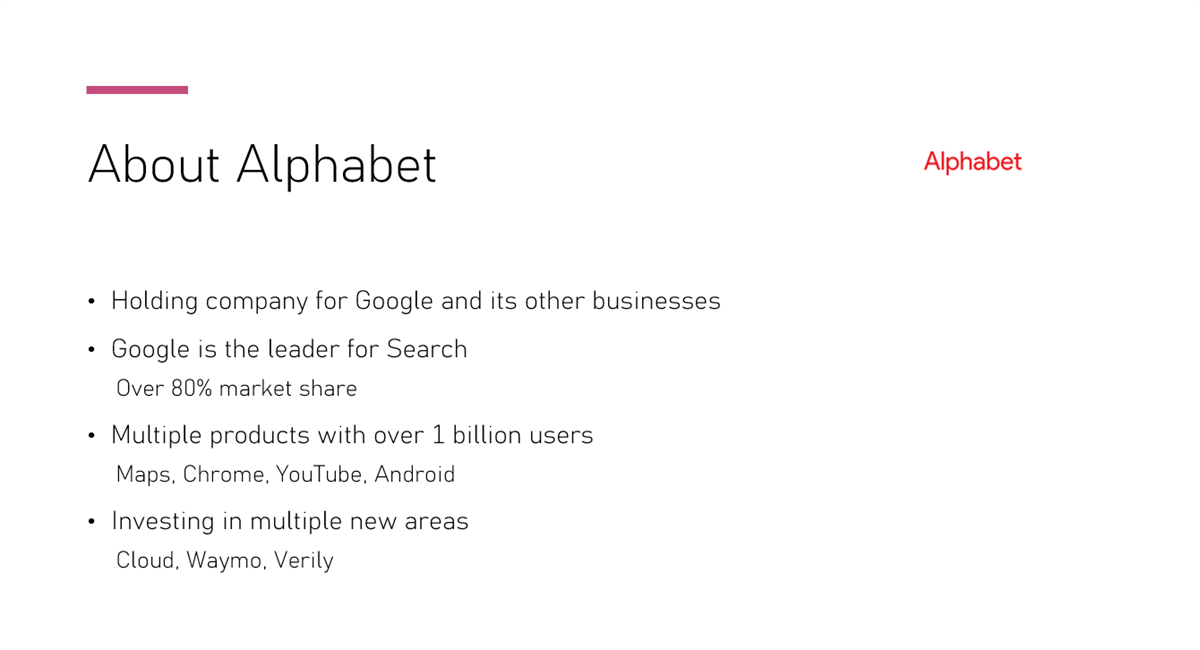 Alphabet is the holding company formed in 2015 for Google and its other businesses. Today, Alphabet is the third largest company in the world with a market cap near $2 trillion, trailing only Apple and Microsoft (two other GPM Grade core holdings). The main revenue and profit driver for Alphabet is Google, best known for its search engine. In addition, it has multiple products beyond Search with over 1 billion users, including Maps, Chrome, YouTube, and Android. While these products  are "free" to use, Google makes money by selling advertisements on them. Alphabet is investing in multiple new areas beyond the core Search business like Cloud, Waymo (autonomous driving), and Verily (life sciences). 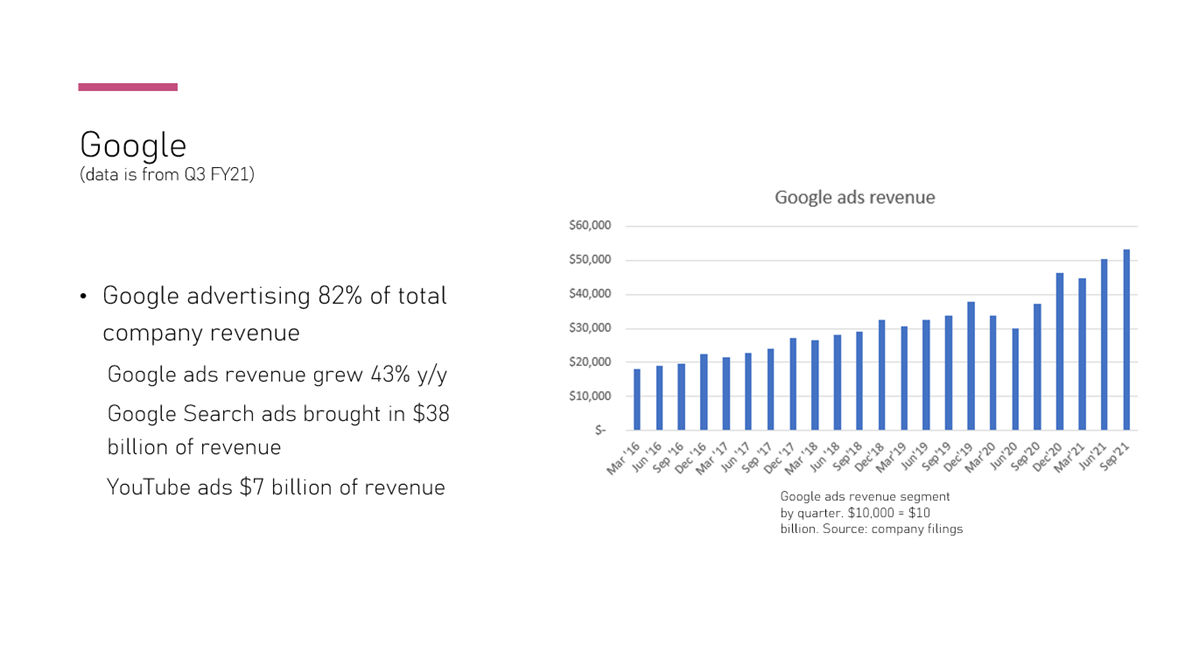 Alphabet's main source of revenue is from selling ads. As of Q3 FY21, Google advertising is 82% of total company revenue, which equates to over $50 billion of revenue in the quarter. Despite this large number, the y/y growth for ad revenue was 43%! Google Search ads brought in $38 billion of revenue, while YouTube ads contributed $7 billion. Google is highly successful in drawing eyes to its products and finding new ways to monetize its viewership. Recently, Google introduced continuous scrolling in search results on mobile for the United States. This is more convenient for users, while also allowing Google to list more ads as the user scrolls down, instead of just having the ads at the top of the page. 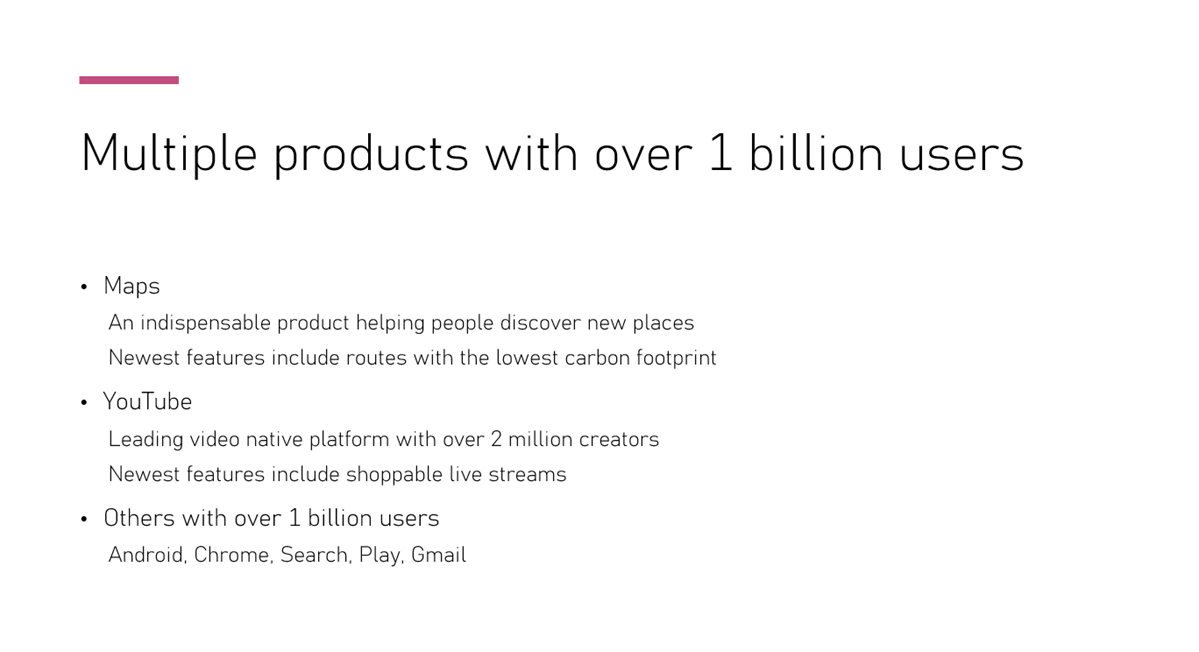 Beyond the core Search business, Google has multiple other products with over 1 billion users. Google Maps is an indispensable product helping people discover new places. Businesses list their locations on Maps, allowing users to discover them and buy from them. Google continually updates Maps with new features, like the most recent "eco-friendly" routing which sends users to their destination using a route that will produce the lowest carbon footprint. Maps is a large monetization opportunity in the years to come with its 1 billion+ userbase and community of local guides and reviewers. Another major product from Google is YouTube, the leading video native platform with millions of creators. According to Domo, every minute, users spend 694,000 hours watching YouTube videos. The most-viewed YouTube video of all-time has about 10 billion views. This presents a large, growing opportunity of monetization for Google. 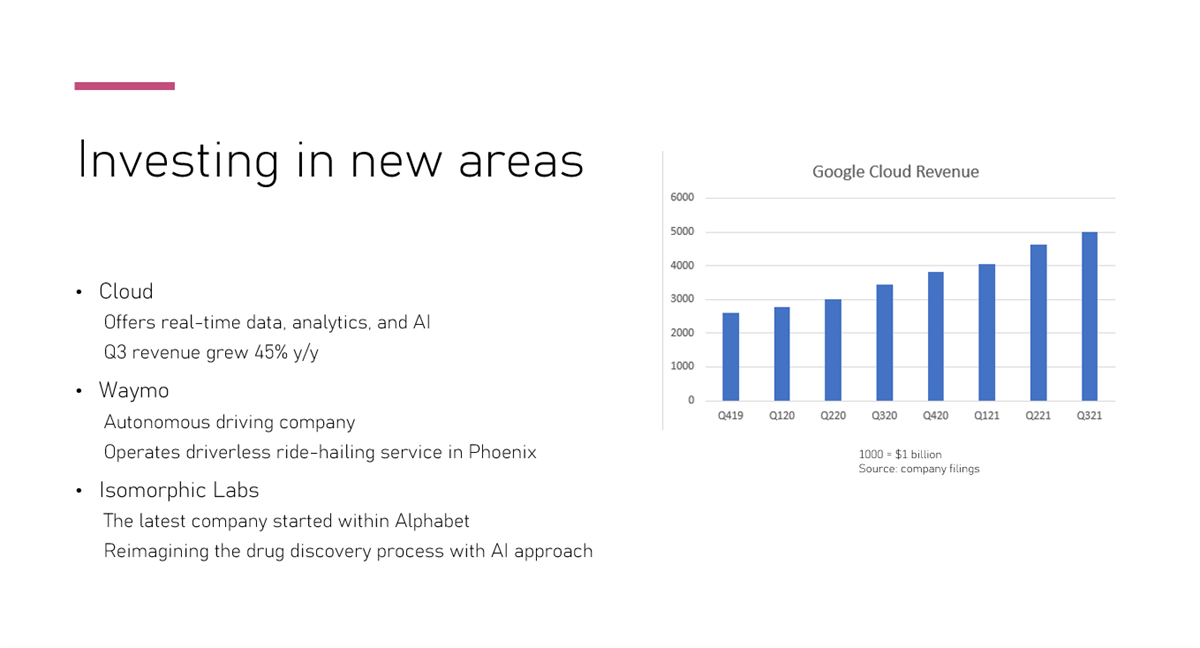 Alphabet is investing in many areas beyond Search and advertisements. One of its biggest growth drivers is Cloud, which offers real-time data, analytics, AI, and much more. Cloud revenue in Q3 was just under $5 billion, growing 45% y/y. Google Cloud has many competitive offerings but still trails Amazon's and Microsoft's cloud units currently. Cloud still operates at a loss while management invests aggressively into new data center regions and sales teams. Waymo is another exciting investment that Alphabet is making. Waymo is the autonomous driving company within Alphabet, operating a driverless ride-haling service in Phoenix, AZ. Alphabet has an advantage in this exciting space with its Google Maps driving data, cloud capabilities, and artificial intelligence (AI) leadership. The latest company within Alphabet is called Isomorphic Labs. This company is attempting to reimagine the drug discovery process with an AI approach.