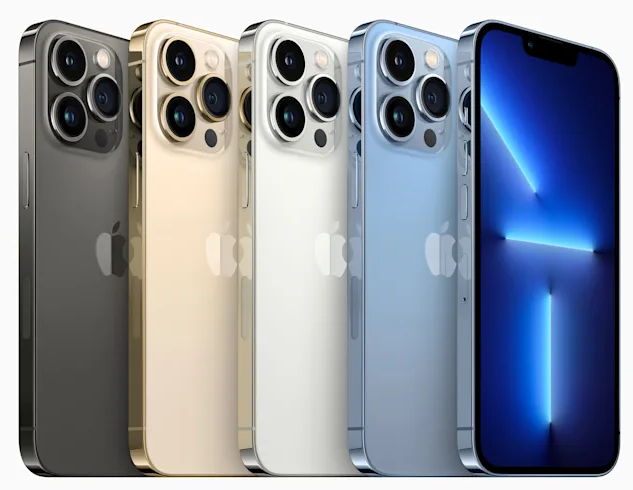 Apple is the largest company in the world with a market cap of $2.5 trillion. The numbers are incredible: in the last twelve months, Apple had revenue of $347 billion, gross profit of $142 billion, and $95 billion of free cash flow. In the latest quarter, Q3 of fiscal year 2021, Apple sold nearly $40 billion worth of iPhones (over $13 billion per month)!

This week, Apple introduced the new iPhone 13. The iPhone 13 and iPhone 13 mini have a similar design as the iPhone 12 but with a smaller notch, an A15 chip, diagonal dual-camera, larger battery, and five new colors. Apple also unveiled the iPhone 13 Pro and Pro Max with ProMotion for 10Hz-120Hz refresh rates and a new camera system with 3x optical zoom. Overall, the new iPhones have minor improvements over the previous iPhone and are going to sell for the same price starting later this month.

While Apple continues to sell an enormous amount of iPhones, the company is building out a highly profitable Services business. Check out how the Services segment evolved over time:

As can be seen by the yellow line that is trending up, Services is now over 20% of total revenue with $65 billion of revenue over the last 12 months. That might not seem like a lot given how large of a company Apple is, but that $65 billion is an equivalent amount of sales that the entirety of Disney did over the last 12 months. Apple's Services segment has highly predictable and stable revenue growth, while generating gross margins near 70%. The main drivers of Services growth recently have been the App Store, advertising, and cloud services. Apple is becoming less reliant on a single product, the iPhone (the orange line that is trending down), as Services and other products grow.