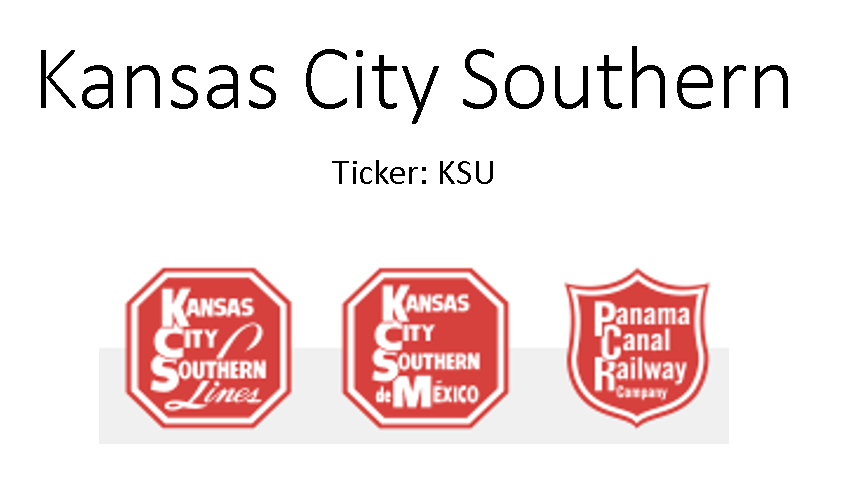 Kansas City Southern (KCS) is a railroad operating in the United States and Mexico. The company's high growth over the last ten years comes from its mix towards chemicals and petroleum customers, along with cross-border volumes, which differentiates it from other North American rails. KCS has further strong growth ahead of it because of the recent USMCA trade agreement, along with companies "near-shoring" supply chains (moving away from Asia; closer into Mexico). KCS recently received a US permit for a second international rail bridge at Nuevo Laredo gateway which is very positive for the growth at the railroad. 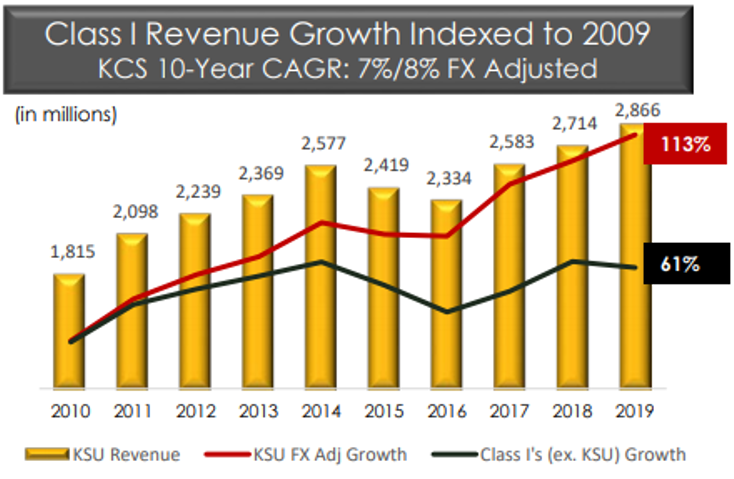 Dominating the headlines for KCS recently is the bidding between Canadian National (CN) and Canadian Pacific (CP) for the acquisition of KCS. Here is what is going on:

In March of 2021, CP agreed to pay $275 a share to acquire KCS. CN subsequently offered $325 a share. In CN's deal, CN agreed to cover the $700M breakup fee KCS would owe to CP if it walked away from their existing agreement.

Both deals involve a voting trust that acquires KCS shares and then, assuming approval by the Surface Transportation Board (STB), the companies would merge. The STB already approved a voting trust in the CP deal. However, in May, KCS terminated its merger with CP, favoring the proposal from CN. CN had not received approval from the STB.

Next, in July, President Biden sent out an executive order that targeted railroad mergers and anti-competitive behaviors. This caused doubts that an acquisition of KCS would occur. Then, in August, CP submitted what it thought was a superior proposal to acquire KCS, valuing the company at $31B (compared to CN's $34B offer). KCS's board of directors quickly turned down the latest CP deal.

KCS had a shareholder vote scheduled for yesterday (Aug. 17th) on CN's offer but the STB still had not ruled on the approval of the trust, so the vote is postponed at the moment. The STB said it expects to make a decision on the trust by Aug. 31st. Without the approval, the deal could fall apart, leading KCS back to CP's offer.

To conclude, here is a timeline provided by CN and KCS which visually describes the planned transaction:

Either combination should create a highly competitive North American railroad linking Canada, the US, and Mexico. The market currently implies (KSU's stock price is $292 at the time of writing) a lower chance that the CN-KCS combination happens due to the lack of voting trust approval. It is implying that CP-KCS has a better chance of making it through the regulators.