This week, the U.S. Bureau of Labor Statistic (BLS) released the employment situation summary for the month of July. It showed that total nonfarm payroll employment rose by 943,000 in July, and the unemployment rate declined 0.5 points to 5.4%. The headline jobs number was above expectations, while the previous two months were revised up by a combined 119,000. Here is a chart from Schwab showing which industries had the largest changes in employment:

Leisure & hospitality and Government had the biggest job gains in July as the economy opened up. The COVID-19 recession has been much different than past recessions. Below are two charts that visually describe the differences: 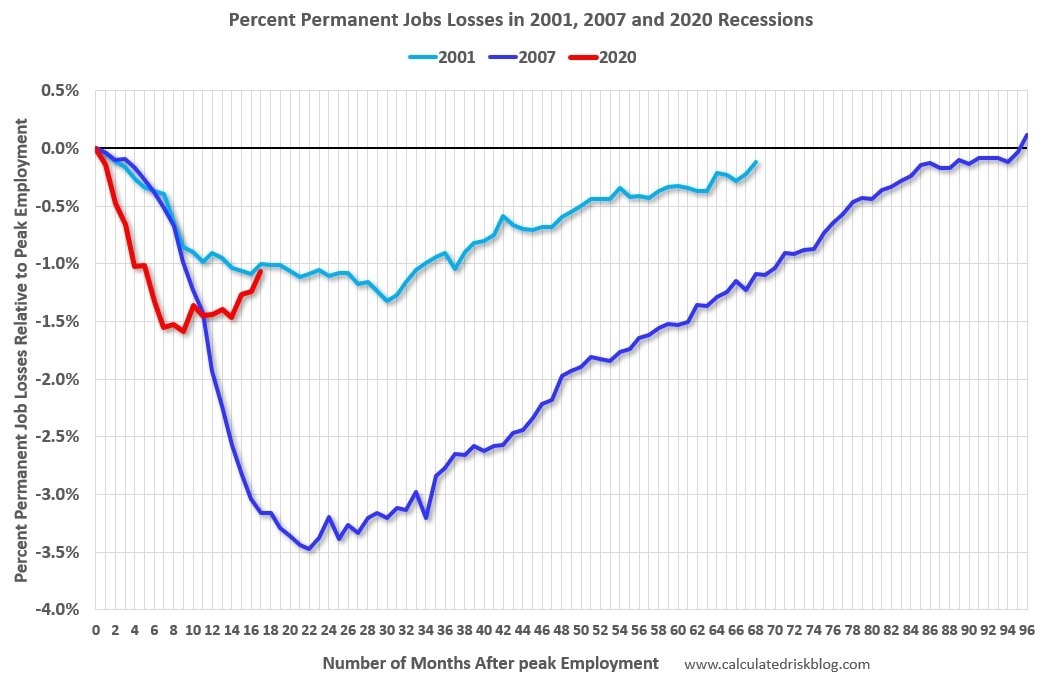 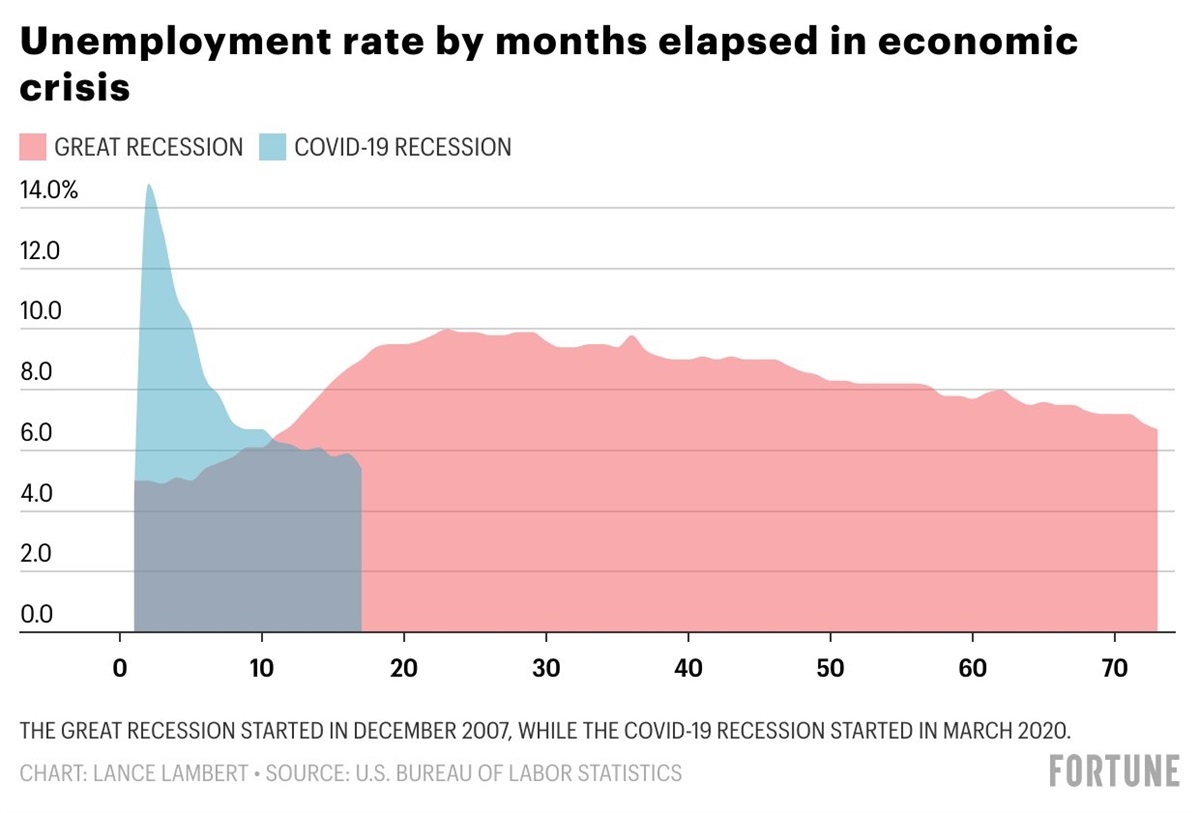 Overall, this was a strong jobs report. There are still 5.7M fewer jobs compared to before the recession, so there is still more work to do.

Moving on, a major topic in earnings calls this quarter is supply chain disruptions. Tracy Alloway and Joe Weisenthal's Odd Lots podcast had a great interview with the Executive Director of the Port of Los Angeles, Gene Seroka. Gene described how these supply chain disruptions go back three years ago to the trade tariffs and unique trade policy put in place by the previous administration in the U.S. Retaliatory tariffs from China made situation even worse, especially for farmers, manufacturers, and automakers. Movement was choppy at the port until volume dropped massively at the beginning of the pandemic. Then, Americans started ordering products online at incredibly high rates.

Gene said that since the buying surge started, the Port of LA is averaging 900,000 containers a month, every month. That used to be a good month during peak season. Gene mentioned that their 2 billion square feet of warehouses are overflowing with goods. Typically, the Port of LA has zero ships at anchor. Today, there are 26 ships at anchor with an average stay of five days. This is an improvement, however, from the worst of the pandemic when the average stay was ten days. The takeaway from this is that many companies are suffering increased costs from these supply chain disruptions. Eventually, these bottlenecks should work out and improve supply chains, reducing costs and removing the shortages of goods.

Here is some good music to enjoy:

This is an instrumental song from The Singing Angels called "Love Meditation". It is from the group's 1979 release "Long Time Comin'" off of Paradise Records in Washington DC.